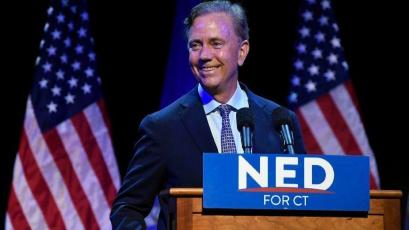 After months of debates, campaign appearances, and television advertisements the field for the November general election is set. In the race for Governor on the Democratic side, Ned Lamont defeated Joe Ganim with over 80% of the vote. Ganim, the Mayor of Bridgeport, was a long-shot candidate. Ganim was elected Mayor of Bridgeport in 2015 for the second time. This was after serving 7 years in prison for public corruption during his first stint as Mayor. Lamont, who ran for the Senate in 2006 and Governor in 2010, called for party unity and said he is looking forward to the general election.

With 5 candidates on the Republican side, the race was a tossup. In an upset, Madison businessman Bob Stefanowski won the 5-way contest with around 30% of the vote. Danbury Mayor Mark Bought was seen as the favorite, but only garnered around 20% of the vote and finished second. Stefanowski, who served as a top executive at General Electric and the CFO of UBS investment bank centered his campaign on eliminating the state income tax. Dozens of economists and experts have said that idea is far-fetched and would be difficult to implement.

In the race for Lieutenant Governor, Susan Bysiewicz easily defeated Eva Bermudez-Zimmerman in the Democratic primary and Joe Markley defeated Erin Stewart and Jayme Stevenson in the Republican primary. Bysiewicz previously served as the Secretary of State and was running for Governor until Ned Lamont named her his running mate in May. Joe Markley, the conservative Senator from Southington, beat the more moderate Erin Stewart and Jayme Stevenson.

The field is set and the campaigning for the general election will begin in just a few hours. The race for Governor has been listed as a toss-up by many political pundits. On November 6th the people of Connecticut will make a decision that will change the course of the state for decades. Congratulations to all the candidates that won and get ready for a long general election campaign.

View all posts by ravingryan1

2 thoughts on “Lamont and Stefanowski win primaries for Governor”